I have for the past year (and soon two years) been living in the world as a thirty something woman. There has been a lot of ups and downs. A series of adventures and boredom. A mouthful of hopes and giving ups. It is indeed an unpredictable life.

I thought that when I turn thirty I will be wiser. Well, smarter than when I was in my twenties. So I can’t wait for my birthday to come when I was twenty-nine. But it seems as if the more I get into a new phase, the more complicated things get. The more you know things, the more you get confused. I thought I would be more in control but the things around me does get me back to reality. The more things come up, the more you learn to change what was originally planned.

I thought that being thirty would mean that you have more right in the world to experience loss, heartbreaks and mourning but instead you realize when you wake up that you have a lot lesser time to accomplish your goals in life. It would mean lesser time for you to get up and fix yourself. Lesser time to be “successful”. As time continue to tick, you wish that the clock would stop for once but unfortunately you end up tired of running after the lost time. You didn’t notice that you have moved on again to another phase.

I thought it would become easier because in your thirties people will not think of you as a young indecisive individual. You have already gained the badge of being a credible thinker. A reliable decision-maker. You might also moved up a notch in your finances, believing that the world is now on your side, opportunities keep crawling on you but you realize later on money is not everything.

You mature. You learn.

I realized that you can’t figure out everything all at once. You just have to be true to yourself and accept that you still have a lot to learn. There are people, even in their forties, who have totally no idea of what they want in their life. They act as if they know everything and prove to everyone that they are always right, bluff about how they managed to ‘get out of this’ or ‘survive that’ but truth is, they are also as confused and scared with life as everyone else.

I keep them close, the people who managed to live until the dawn of their life, who share stories about their humble beginnings. I admire them, as I know their words will become my treasure one day. The people who admit that they made many mistakes, that they learned from it and that they do not know everything yet. On the other hand, I take notice of others who might need my advice as I see myself in them.

I realized that age is only a number. There are people younger than me who experienced overwhelming tragedies a lot sooner in life. Lost several family members or was forced to live alone. They are more admirable because at their young age, they survived. They did not grow bitter, they still smile. They still believe in the power of God. Their heads are always held up high while keeping their feet on the ground. The good part is that they realize early in life what the most important things are, neither money nor fame but all other immaterial things such as faith, compassion and love.

“Age is an issue of mind over matter. If you don’t mind, it doesn’t matter.” Mark Twain 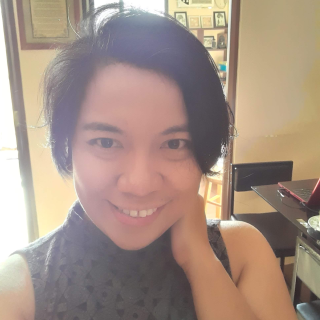